Brother, Are You a Knight or Squire? 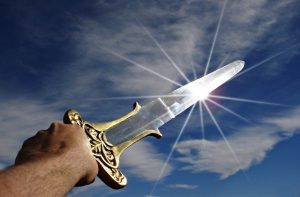 There are many men in my life that I have seen succumb to being the squire enslaving themselves to someone else’s cause instead of the vision that they have ingrained in their minds and hearts from the very beginning. The “Giant” or “Kay” in your life can start from people that are closest to you such as wives, sisters, friends, and even co-workers. It can start with a nagging and resentful wife telling her husband that moving to another state for an opportunity as a commission based cars salesman is crazy and too risky to even think of. It can start with your father comparing you to your oldest brother saying you don’t have what it takes to run the family business or perhaps you have another direction you are passionate about and your father tells you it is your destiny to run the family business. You aspire to become a CEO of Warriors Inc and your mentor, the CFO, laughs at your ideas and says they won’t make it in the business with the big time sharks. I know this resonates and strikes a cord in many men, it either drives you to rebellion or retreat and neither one of them are going to get the sword out of the stone that you are seeking.

Men that choose to flee are often times discouraged perfectionists that fought in times past with all of their might and mustered up all of the strength to win a battle only to find that it just wasn’t enough. In your discouragement you may have thought “I have tried 10 times to peacefully talk with my father about this matter and he just won’t budge!” “My wife doesn’t respect me, she doesn’t trust in my ability to make the right decisions no matter how I address it” If you run into a man that flees or retreats, I can guarantee you that he has fought with ferocity in the past and has come to a point of discouragement. There is a difference between feeling discouraged and giving into discouragement. Giving into discouragement involves focusing on the obstacles around you and allowing those to over shadow the boldness you have been called to! Feeling discouragement is acknowledgment that you are in a great deal of pain; however, you still continue to take action and pursue the game. Often times, men ignore the cascading emotions of anger and disappointment and continue pressing forward until all of their strength is zapped. Please do not misunderstand, I am not telling all of you men to sit on the couch with a cup of tea with your favorite guy friend and talk for hours about how angry you feel. It is imperative that you acknowledge where your anger is coming from and validate your sense of discouragement though and continue pressing forward with a new strategy. Don’t be afraid to ask for help just as Arthur enlisted the assistance of his friends Archemedis and Merlin to train him in the techniques and mindset of getting the sword out of the stone.

There is another type of man that feels as if he has to defend himself at every opportunity or mention of his character. The sense that “Everyone is out to get me” and “Wants to oppose who I am.” This type of man often times is used to being in an atmosphere where he was shamed or ridiculed during tumultuous events that had nothing to do with who he was. In the heat of battle, sometimes children or other people can attempt to get in the middle of a situation and get hit. Young men and boys become a metal pole of electricity taking the full brunt of a shock that was meant for someone else. You men became the containers of negativity and became exhausted. In your exhaustion, you shield yourselves with the armor of “Defense” instead of “Offense.” Quarter backs and Running backs are the ones that score the points in a football game!

Instead of retreating in the heat of exhaustive battle and losing or running madly like a wild man without a game plan, there is another way to fight with honor and strength intact. That way is through careful strategy and execution. In football and other sports there is usually a careful assessment of your competition in implementing your victory. What are you are going to do to reach your goal, otherwise known as “Strategy.” Addressing the concern of finances that your wife has been anxious by meeting with a financial consultant to consolidate your loans before moving the family to Nebraska could be a potential strategy. Execution in the situation above may involve getting the feedback of other “Team Members” or “Players” on the field as to what are the perceived obstacles such as your wife’s concerns for the debt that has accrued over the years and how taking a pay cut for an out of state job is an obstacle. Execution is the “How are you going to accomplish this goal?” An example of this is in how you approach your wife about moving out of state away from familiarity. You may strategize that it is not best to bring up the subject when she is tired late at night fighting with the kids. The best method is to approach her in the morning when she is refreshed and relaxed. Doing it all on your own “Brute” strength is another factor that leads many on a path of discouragement and retreat. There will inevitably be times where you need the assistance of family, friends, and other workers to reach your “Braveheart” or “Rudy” sized dream! Be prepared to humble yourselves and ask for other people to be a-part of your strategy and execution. Arthur, in The Sword in the Stone, was not able to pull it out upon his first try. It took the help of Archimedes and Merlin to pull out the Sword. It took Arthur finding out just as David faced his Goliath (1 Samuel 17:1-57), that strength comes in all different shapes and sizes, and that what seemed impossible really was possible. The most important lesson that Arthur learned is that he was the “Strong” warrior man all along. He just needed to believe in the abilities that God gave him from the very beginning.

I am a Licensed Christian Mental Health Therapist that enjoys assisting families and couples in leading more thriving lives with each other dealing with issues ranging from infidelity/ trust, child rearing, money, and physical intimacy. I am a Nationally Board Certified Therapist in the areas of Christian Counseling and Marriage and Family Counseling through the Atlantic Theological Seminary.

Facebook
Twitter
Pinterest
WhatsApp
Previous article
What Is The Likelihood Of A Second Affair After A Man Has Cheated Once?
Next article
Are You Always Boasting?