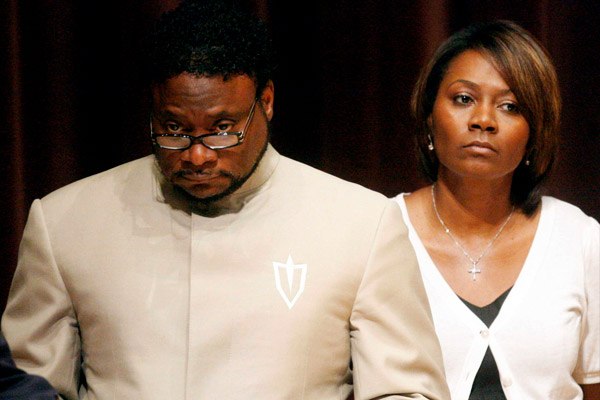 [dropcap]A[/dropcap]tlanta’s Bishop Eddie Long, senior pastor of the 25,000-member megachurch New Birth Missionary Baptist, made national news last year when three young men he’d mentored came forward with claims of sexual relationships with the revered pastor and community leader. Long categorically denied all of the allegations, even when another young man stepped forward with stories of sexual acts, rides in fast cars, trips on private planes to exotic locations, and even a kind of marriage ceremony between Long and the boys. Four of the men filed suit against Long and New Birth, claiming sexual misconduct. News reports say Long settled out of court earlier this year, but just last week new allegations against Long emerged when church members filed a lawsuit against the pastor accusing him of encouraging them to invest their money in a faith-based Ponzi scheme.

We’ll likely never know what really happened, but as I’ve considered what we do know, there are a few things I can’t help but think about Eddie Long and his scandal.

1. Where there’s smoke, there’s fire. I don’t know many pastors who would hold their smartphones up in a mirror and snap pictures of their reflection. I certainly don’t know any that would do this while wearing Spandex biker shorts, a muscle shirt, and a backward Kangol cap and then send it to a young man.

Moreover, four men have come forward with eerily similar stories, and some have offered details of their experiences with Long that most young men would be too embarrassed to share with their closest confidants, much less the public. That’s a lot of smoke.

2. Vulnerable young men are easy prey. Long’s accusers were alike in many ways. Most were from single-parent, low-income homes and lacked a father figure. A powerful man with gobs of money and fast cars is extremely alluring to a young man seeking validation and an opportunity to have access to money and material things he otherwise would never see.

This is not rocket science. In drug-infested neighborhoods, neighbors know what’s up when a young man suddenly wears expensive sneakers and drives a new car. Doesn’t this raise a red flag in churches too?

3. Church members turned a blind eye. But why? You wonder how all of this could take place under the noses of Long’s leadership team and thousands of congregation members, especially when people outside the church saw warning signs–and at least one, Stephen Strang, publisher of Charisma magazine, tried to confront him about rumors he’d heard that Long was involved in homosexuality. (Long rebuffed him, as Strang wrote in his May 31 column, “Randy White, Eddie Long and Matthew 18.”) It’s a case of don’t-ask, don’t-tell. Long is powerful and wealthy. He built a nationally recognized megaministry practically from the ground up. He was a part of influential church circles. He helped people. Who would have wanted to confront a Goliath like that? Ironically, when Long addressed his congregation about the allegations, he likened himself to David and his situation as his Goliath, cleverly casting himself as the victim in all of this. Young boys were allegedly victimized; Long was not.

4. The First Lady will stand by her man—at least in public. I don’t know much about Eddie Long’s wife Vanessa or the state of their relationship, but the wife of a pastor as rich and powerful as Long would stand to lose quite a bit if she were to turn on him. The role of the first lady in the black church–especially large Charismatic churches such as New Life–is unlike that of any other pastor’s wife. Just like their husbands, many have an entourage of armor-bearers, or servers ,who are essentially personal assistants ready to make sure their leaders’ needs are met. Wealthy or not, the life of a first lady in the black church can be quite lavish. It’s not uncommon to see these servers running personal errands, carrying bags, getting water, and even fanning their charges if they get hot. And if the personal assistant isn’t enough, many first ladies seem to have a limitless shopping allowance. Custom-made suits and soaring hats are plentiful and not-so-subtly proclaim the first lady’s status. Any woman might think twice about giving all that up. But consider the attitude of the Apostle Paul: He was so upset with the people of Lystra when they tried to worship him that he ripped his clothes in despair. The book of James warns sternly against playing favorites in the body of Christ. Is our practice of elevating pastors and first ladies a healthy thing, or do some churches take “caring” for their leaders too far?

5. Where was the accountability structure? I wonder if Long in his position as church leader ever had anyone in his life that he was transparent with. Was there anyone who would call him on the carpet about inappropriate behavior or questionable relationships? I’d venture to say no. How do so many clergy get away with having no checks in place to make sure they stay submitted to God? Or are they quite intentional about gradually slipping out of the reach of anyone willing to address sin?

6. Money, greed, power, and sex are a deadly combination. The Word says the love of money is the root all of evil, and I believe it. Having money is not bad; loving money is the problem. Add lust and power to the mix and you have a combustible situation. Many men of God have fallen when they’ve given in to their vices, and the more deeply rooted the vices, the harder the fall. Ask Ted Haggard, the married pastor and father who led a large ministry for years while secretly indulging in drugs and gay sex. It happens when greed and control go unchecked. Abraham Lincoln said it best: Nearly all men can withstand adversity, but if you want to test a man’s character, give him power.

7. New Birth will go on with Long as the leader. The lawsuits were settled out of court, with confidentiality agreements on all sides. So what happens next? Nothing. Long wasn’t found guilty of anything, and although there are reports that many of the church’s members have left, he still has a significant following. For many complex historical and social reasons, black pastors and ministers are esteemed in their roles infinitely more than any other group of people in similar positions. It often takes much more than a little sexual indiscretion to get a black pastor ousted. Occasionally, if the heat turns up high enough, a pastor, if caught in some kind of public sin, will step down permanently or for a period of time, but most are well-loved by fiercely dedicated, loyal, and protective members.  Historically speaking, black pastors were often the ones in the communities who were educated and able to speak up on behalf of the people in political and social matters. Many were and are charismatic leaders and brilliant orators proclaiming a message of hope and change and a better life to mostly poor and uneducated communities. Black pastors are often seen as a beacon of light in dark circumstances. That, combined with an unshakable sense of family loyalty and protection that many African-Americans share with one another when a leader or esteemed individual is perceived as being attacked, make it very difficult for a pastor to be relieved of his pastoral duties even in the face of egregious sin. It’s certainly OK to be supportive of a leader you think has been falsely accused. It’s not OK to ignore red flags and open sin.

8. What happens to his accusers? Perhaps someday they’ll write a tell-all. Maybe they’ll fade away and we’ll never hear from them again. Their lives will be changed forever. Eddie Long will continue to preach, though with a tarnished name. But what about other church leaders in compromising circumstances? I suspect many will become more comfortable in their ways. Sure, a few church members may quietly slip away, unwilling to raise a ruckus about what’s going on, but by and large, serious infractions will continue to go unchecked.

And what about new or impressionable believers who become disillusioned after witnessing these things? They will surely question their faith and spiritual leaders or even face a serious crisis of belief. But reaching a clear understanding that God uses broken vessels–including willing but utterly fallen participants–to spread the gospel will go a long way in easing their angst.

We all sin. As long as we’re on earth in our fallen state we’ll miss the mark, but Christ is the standard for Christian leadership. And through prayer, through accountability, and through the pursuit of holiness, pastors and leaders should be able to model Christ, leading lives and reflecting character that is beyond reproach. 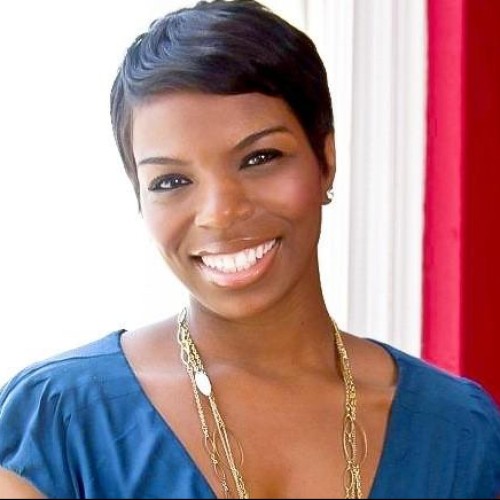