Are You Sure You Are Ready For The Lord’s Return? 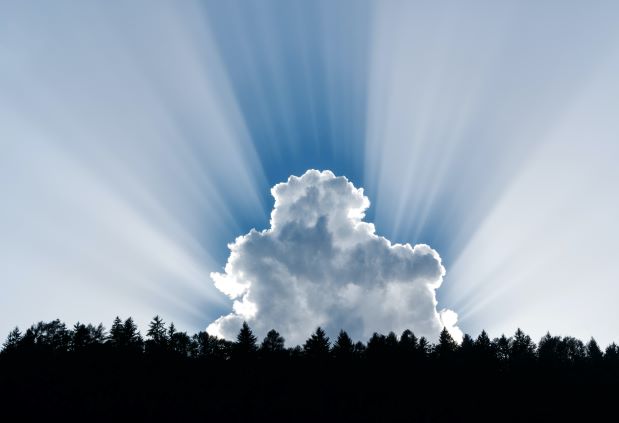 The other day I watched a documentary on whales and I was astonished at what happens to them when they die. I wondered if they evaporated or if their remains do something for the world under the sea.

Luckily, that documentary carefully explained that when a whale dies, the carcass eventually sinks to the ocean floor, which then serves as a huge source of nutrients for deepsea animals.

This got me thinking about the importance of death in the circle of life. My main takeaway after that watch was death plays an imperative role in the sustenance of life. If you’re conflicted with the aforementioned, just imagine what would have been if men never died and we all had to eat from the same scarce resources. I believe we know chaos will ensue.

What’s amazing is that even Christendom acknowledges death’s importance, because it’s the corridor that transitions the soul from this world to eternal life or damnation.
Yet, I find it fascinating that we often hate to have conversations about death and understandably so. Of course, no one prays for sudden death, especially at a young age; nonetheless, it is the expected end of every living thing on earth that has life.
So why is it that people almost never plan for it?

Why is it that even after a will has been written, there’s almost no will to go if God asked for our soul right away?

During the sermon at a funeral I recently attended, the pastor said God had called the deceased to himself and then asked if it was a good thing and everyone answered loudly in the affirmative. However, when he asked if any of us was ready to meet God, the room suddenly became silent. It comes across as though, many are “prepared” for Jesus but aren’t particularly as “ready” as they think.

In reading the text, it’s very evident that the five wise virgins were the ready ones who even made plans for contingencies if the goal would take a longer time. Meanwhile, the other five who were called foolish went with all they had but simply had no “plan B”. In the end, for the bridegroom whom they all awaited, the choice was very easy.

This is because many of us make preparations and think we are ready but in truth, all we have made are gesticulations that mimic caricatures of readiness. A facade, if you will.

If the ultimate goal is to be with God in heaven for eternity; since we know Jesus will surely come back, why then are we just preparing with an unspoken fear of being ready if Jesus came right now or if God called for our souls this minute?

If we are truly living our lives for God, why are many ambivalent about how they would feel if Jesus returned today?

We really need to look at ourselves in the mirror and ask if we really aren’t just engaging in the activity called preparation.

Our love for God and for fellow men should constantly reflect our readiness for Jesus’ second coming or the possibility of transitioning to the afterlife if God wants us now. We must be ready.