Are We Judging Jesse Duplantis Too Harshly? 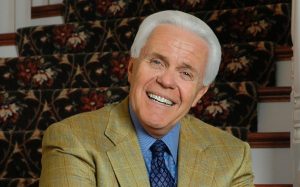 Over half century of Bible study has long since convinced me that it is a book that neither promises riches or poverty to anyone. It does however speak of God’s sovereign right to give each person exactly what they are supposed to have. (Jer 17: 10). In the last few weeks the media, including many Christian outlets have drawn Jesse Duplantis out on the carpet for saying that God wants him to have a 54 million dollar jet aircraft to aid him in his ministry.

While most of the reports have been harsh, one report was fair and relatively balanced. The piece appeared in Christian Post Magazine and was entitled, “Jesse Duplantis Says He Didn’t Ask Followers to Pay for $54M Jet, but ‘Believe’ It Into Existence.”

Author Samuel Smith noted, “Televangelist Jesse Duplantis is now saying that he never asked followers to donate toward a $54 million jet, but instead called on them to join him in believing that God would provide him with the new aircraft.” This distinction is important and Smith must be commended for his attention to detail.

Also from Christian Post is an article that warns that today it is the ‘pampered gospel’ which is a greater threat to the church. The warning hails from Christian writer Beth Moore who thinks that those who reject the prosperity gospel should not be prideful. It is the mushy, feel good, self-esteem, no offense gospel that is pushing the church into the arctic zone.

But if you are a die-hard critic of Duplantis then consider the 10 points offered by author, teacher and revivalist John Burton, used to support Jesse Duplantis. The article packs a wallop and is entitled, “10 Things to Consider Before You Judge Jesse Duplantis for Believing for a $54M Jet”

Many have raised the question on feeding the poor instead with the $54 million. Echoes of betrayer Judas Iscariot criticizing Mary for wasting all that fine spikenard on the feet of Jesus comes to mind.

What also comes to mind is the answer my former pastor gave me over forty years ago when I asked him how much should a pastor, more specifically, a mega-pastor get paid. He said they should have a pay that would match the average income of those in his church.

Under that viewpoint we would have to concede that people in the Duplantis ministry must have large incomes in order to raise the $54 million needed for the jet. Perhaps Jesse’s income is not as great as it seems.

One of harshest articles on a Christian website was entitled, “Would Jesus Require a $54 Million Private Jet?” Without a second thought, when I consider the outreach of some international ministries of today and the fact that God promised that the church would do more than he did in his time – the immediate answer I got, was yes, maybe he would if he were ministering today.

Considering that we are fast approaching the last days of time as we know it, the other promise Christ made of the gospel being preached in every nation tongue and tribe in the earth came to mind. How better to speed that along than with a darn fast jet?

Having combed through some of the largest international ministries declared expenditures before writing this piece I was surprised to see that the bulk of such ministries are what consumes their budget. Travel, TV and media expenditures, conferences and set up procedures cost more that salaries and all other outlay put together.

Ask Charles Stanley how much TV time costs and then take a seat and consider hushing up until the Day of Judgment comes. The Apostle Paul says it this way.

“Therefore judge nothing before the time, until the Lord come, who both will bring to light the hidden things of darkness, and will make manifest the counsels of the hearts: and then shall every man have praise of God.” (1Co 4: 5)

If we pay to bring them to the message (media) or to bring our message to them (travel) what’s the difference? It all costs money.

Why don’t we criticize the extravagance of others?

I can’t remember the last time somebody hit the media with complaints about how much money Hollywood celebrities or sports figure are paid for what they do. I don’t know of any watchdog sites who report on the windfalls of those who daily make millions trading on the stock exchange.

God’s servants are checked constantly if any sizable outlay of cash is used. Are we limiting God? We boast in our sermons that God does not have any limitations, but we will not allow him to give his servants too much of anything, unless we approve.

In seminary an old professor used to tell us that if we entered the ministry thinking to make money we should give it up very quickly – before the disappointment sets in. He said the church has a motto for all the aspiring young pastors known as…

”God you keep him humble, and we’ll keep him poor.”

No, I am not naïve – yes, there are many charlatans who use their ministries to get money

The criterion for discovering a false prophet is basically, whether they are preaching a false gospel or no gospel at all. The last time I looked, it was not the how much floor space they have in their houses or the cars or jets that they owned.

In cases where they seemed to preach the gospel, but over emphasize certain aspects of the scripture to the exclusion of others – caution is strongly advised. That which we know as the “prosperity gospel” is an example of a truly biblical teaching that is extremely oversold.

If your preacher can’t find any other topic but tithes and offerings, you may want to raise a few red flags.

As for Jesse Duplantis you will have to listen more to discover that most of his messages are the full gospel and do not always have to do with raising money.

The big question – Can we commit the sin of “inadvertent blasphemy” in our rush to judgement?

When the Pharisees attributed Jesus power to heal as having originated with Beelzebub, he immediately exclaimed that they were pressing toward the only unforgivable sin in the entire bible. (Mk 3: 28-30)

Saying that the word, spirit or move of God is a move of the devil is blasphemy. This sin is committed far more often than we may want to admit. It is done ignorantly and that is why we say “inadvertently.”

This raises the all-important question.

If God did tell Jesse Duplantis to trust him for a $54 million aircraft and we decide to label that command or prophetic word to him as false or demonically inspired – are we not guilty of inadvertent blasphemy?

This writer cannot say for sure what Duplantis heard – the message was not directed to me. I can say that I will not commit blasphemy by presuming it was not a God given directive.

I will “..judge nothing before the time”

Michael Bresciani is the editor of American Prophet.org since 2005. The website features the articles and reports of Bresciani along with some of America’s best writers and journalists. Millions have read his timely reports and articles in online journals and print publications across the nation and the globe. Visit https://socialcross.org/amprophet also follow us on Twitter and Facebook.