Divine Orchestration Despite Cancer Taking The Lives Of My Parents 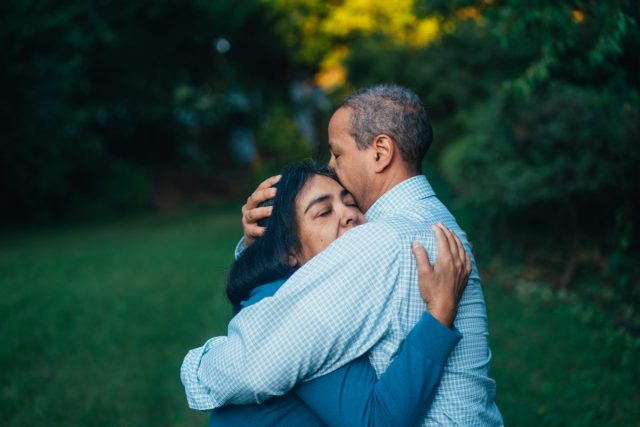 My father slowly climbed to his feet and slapped the sand off his pants.

“I’m fine babe, just going for a walk,” he said with a feeble smile.

He seemed distant as he turned away from our small group, to tread the beach alone.

My sister Sue and I were glad to see Dad getting on with life. We agreed he was doing surprisingly well since Mom’s death two years earlier. However, he wasn’t one to talk much about himself and what he was going through. We had no idea what we would soon face.

A few weeks after our day on the beach, Dad underwent some testing. Sue and I sat facing the doctor as he told us the results from the biopsy performed two days before. The news hit me like an iron fist to my chest.

“Four months at the most.”

My mind went numb. I was still trying to grasp the information as we left his office, with the grave task ahead of telling it to Dad.

Sue and I exploded with tears as we spilled out the prognosis. Dad listened as reality registered on his face. There was no room for denial, no false hopes or wishful thinking. The three of us were experienced and knew too well what to expect. Mom’s prognosis was a year. She died after nine months.

Our world screeched to a halt.

Immediately, I took a leave from my full-time job and moved back to Dad’s house to help in his care. Sue and I hovered over him continually.

Worry filled his eyes as he directed us in the painstaking details of preparing his estate. No strings were left untied, except one…

In the midst of all his concerns, I sensed there might be some other unfinished business he needed to address.

“Hey Dad,” I asked one morning, “Would you like to talk to the pastor of the church I’ve been going to? I can call him and see if he’ll come over.”

He stared off across the room with a thoughtful expression.. “What’s his name again?”

He thought for a moment. “Yeah, babe, I would.” He nodded.
“That would be good. Call Smokey.”

That afternoon, Smokey appeared at our front door. He was a short older gentleman with an unassuming smile. I welcomed him in and lead him to Dad’s bedside.

“Dad, this is Pastor Smokey. Smokey, this is John.”

They shook hands as I left the room. I learned later that Dad had wanted to be baptized, thinking he needed it for God’s acceptance. Smokey was a patient man and talked for an hour or so explaining the gift of salvation. A calm seemed to come over Dad after Smokey’s visit.

When I announced Smokey’s second visit a week later, Dad’s eyes lit up.

They talked again for an hour or so.

Dad and Smokey agreed to meet a third time, but there was a mix-up and the meeting never happened.

The oncologist was accurate in his prediction; the cancer progressed rapidly. There were periods when time seemed to slow to a crawl as Dad lingered in pain. We were always relieved when Hospice showed up, especially Dad. Red faced, he refused the notion that his daughters could ever give him a bath. The restroom episodes were proving more awkward than he could take. So, the schedule for home care increased to every day.

Sue and I took turns sleeping on a cot in Dad’s room at night. Not for one second did we want him to be alone.

One morning, I awoke to the phone ringing. I bounded out of Dad’s bedroom and raced down the hall, trying to answer the call before it woke him. Sue grabbed the receiver before I could and took the call. It was Hospice, calling to inform us the nurse couldn’t come that day. She was too upset and couldn’t handle Dad’s case any longer.

I treaded back to check on Dad.

When I made it to his bedside, I found he was gone. He went to rest early that morning on August twenty-seventh, exactly three years after Mom.

To me, it was a sign. The timing was precise. There was a divine orchestration in the finish of their lives. God was in control.