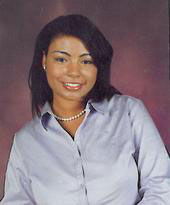 [dropcap]I[/dropcap] was born in New Orleans, Louisiana on October 16,1985.  My mother Hattie Renfroe and father, David Labeaud were not married.  I have six siblings.  For the most part of my childhood I lived in two worlds.  I was raised by my paternal grandparents Gilbert and Iris Labeaud and my maternal grandmother Missie Lee Renfroe.  They raised me to the best of their abilities.  My paternal grandparents raised me as a Catholic and we attended St David’s church
As a little girl, my mother was a nurse and student.  I didn’t see her much so my grandmother (her mother) Missie Lee Renfroe, a sweet compassionate woman watched me and my siblings in her absence.  We stayed in the projects with her.  There was only one problem; my grand mother was old and sickly and was not able to fully attend to me and my brothers.  So as little children, we roamed the project and wandered in and out of abandoned buildings.

We didn’t have food.  I remember being fed by neighbors and going to missions often.  I didn’t have clothes of my own.  I wore large shirts for many days.  I remember constantly sitting on the side walk, picking glass out of my feet because I didn’t have shoes.  My grandma Missie and I would walk long distances to receive WIC commodity food once a month.  But my uncles who were strung out on drugs at the time, would come home and eat all of it.  My older brothers Darrell and Ronald had a different father but we stuck together as much as we could.  I remember the fights they got into because they had worn out shoes, plastic bags for a book sack and wore our uncles\’ old clothes to school.  Our lives were full of shame.  We didn’t ask anyone for anything though; we tried to pretend not to be hungry.

Any time I visited my paternal grandmother Iris, she was very troubled by the way we lived. When I was old enough I remember her telling me that I had horrifying diaper rashes. She showed me pictures. She said that I was always constipated and made my own bottles as a toddler.  She told me that I used to climb to the top of the refrigerator and eat bananas like a feral child.  And she couldn’t understand how I did it.  She also remembers me screaming during night mares clutching my private areas shouting, “No!”  I had night terrors every night and would jump into their bed as often as I could.  I remember her walking around sprinkling Holy water all over the house because she believed that evil spirits in the house were scaring me.

Several times she would tell me, “If you want me to take you I will.”  Meaning that she would take custody of me.  She had collected evidence against my mom over the years.  I wanted to stay very much with her but I knew that if I went to the comfortable life she had to offer, that I would never see my other siblings again and they would be alone without me knowing what was going on in their lives.  I knew that they didn’t have a paternal grandma like mine who would take them in.  As a result of my loyalty to my siblings, I couldn’t leave.

I was molested often as a child by teens and children.  When I tell people this they ask me, “Do you think it is because you were pretty?”  And I say no because molestation happens in every family to all kinds of little girls and boys.  I hated my life.  I became depressed and self destructive.  I would bang my head against the wall repeatedly when I was away from my grandma Iris because I wanted attention.  I wanted people to care about me because it seemed like no one cared.

My first visit to a counselor was in Pre-K.  They called Child Protective Services to come out to my mother\’s house.  At the time my mom was married to my step father Curtis and my little sister Nia was born.  They told the case worker that I was making things up and being dramatic.  I remember having many visits from C.P.S, but they never took me.  I wished so much that they would have taken me and my brothers.

Every year we moved.  I couldn’t keep friends and I was always in counseling.  My step father and I had a terrible relationship for many years.  He was very immature and I was disrespectful.  Most of my counseling sessions consisted of making my relationship with him better.

As a teenager I was always in the streets.  I was wild when ever I was in my mom\’s house but I tried to be an angel with my paternal grandparents.  My cousins and I were boy crazy and I went from relationship to relationship.  I developed a bad reputation in school.  And even though the rumors were made up,  I did do a lot of things that people have never found out about.  On top of the rumors and being poor there were things going on in my family that added to the distress that I that I can not discuss.

I wasn’t allowed to go out so I snuck out a lot.  I ran away.  I snuck boys in and did everything a bad teen would do.  I smoked weed, got drunk, and got bad grades.  I also got in trouble with friends and I got pregnant.  I was pregnant with my first son at seventeen.  Consequently,  I was very suicidal and used to cut myself.  I was having terrible dreams and being tormented in my mind at that time.  The day before I found out that I was pregnant, I was sitting up unable to sleep because of the terror I was going through. I was watching television and there was a minister talking about salvation. In tears I gave my life to the Lord that night.

When I found out that I was pregnant, I was no longer living with my mother.  I had moved out and began living with my boyfriend from high school.  A few months after I got pregnant he became my husband.  We married in a courthouse near downtown New Orleans with my mother\’s consent.  He joined the Navy, so I had to drop out of high school and move with him to Tampa, Florida.  I wanted to be an example of success for my family which was plagued with fatherless children, and broken marriages,  I tried to keep my â€œperfect marriageâ€ for three years in front of my family.  When I was tied of living a lie in front of my family, l I told the truth about my marriage; my husband was beating me!

He beat me every day.  He beat me when we argued. He beat me for no reason and I begged God to fix it but nothing changed until one day I found bruises on our one year old son.  Although I was pregnant with our daughter I decided to go back home to my family in New Orleans, Louisiana.  After concluding that I will share an apartment with my brother Darrell, the next day hurricane Katrina struck.

I was devastated.  It was as if my whole world had crashed.  Confused and shocked at what was happening and the fact that I had no where to go, I had no choice but to return to my abusive husband in Tampa, Florida.  My husband resumed our beating schedule two weeks after I went back to him.  It was so bad that I told my other brother Roland what was happening.  He came and got me and that is how I left my husband for the second and final time.

My children and I stayed with Roland and his girlfriend for 30 days until he had a fight with his girlfriend and she asked us to leave.  At this point in my life, whatever faith I had in the Lord went down the drain.  It seemed like everything always went wrong!  I began to wonder if I did the right thing leaving my husband!  Questions like â€œshould I have stayed with my husband and let him kill me?â€ kept stabbing at me.   I was convinced that because I left my abusive husband, God was punishing me.

I moved in my mother and then something strange and wonderful happened.  God’s favor, mercy and blessing began to rain over my life like never before.  I was blessed beyond my wildest imagination.  I got a job in my church and was very excited about it since my ex-husband didn’t allow us to go to church.  Jesus Christ was seating on the throne of my life and with time, God blessed me with a good man who I am married to and we have a son together.  The greatest gift of all has been my call to ministry and today I am an Evangelist.

I started a non-profit organization called Wisdom Pearls Ministry for teenage girls.  I am dedicated to use my experiences to help teenage girls make wise decisions.  I am truly honored to help them achieve their dreams the godly way.  I consider myself more of a Life Coach than a preacher though I am an ordained minister and a Christian counselor.  I live my life now as a true example, flawed but transparent.  I live as a shining trophy of what God can do with a life.

Evangelist Aimee Colbert can be reached at (817) 305-3757 or via email at wisdompearlsministry@yahoo.com.