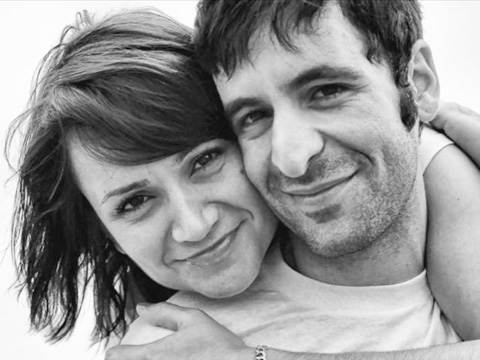 Devoted husband Angelo Merendino never expected the unexpected after marrying the love of his life. However, he has turned his pain to gain for others on a similar journey his beloved Jennifer undertook. He shares his account of how it started and ended below.

On January 28, 1951, my dad was performing with a trio at a dinner club in Akron, OH. That night, while surveying the dance floor from his spot on the bandstand my dad saw my mom for the first time. Within 5 minutes time he set down his accordion and asked her to dance. That evening when my dad arrived at home he sang to his four younger sisters, “I found her.” Two weeks later they were engaged; six months later they were married. Sixty-two years later, and after raising 11 kids, my parents, both cancer survivors, still flirt like a young couple. This is why I believe in love at first sight.

On August 29, 2005, I was applying for a job as a bartender when I met Jennifer. Just like my dad knew over 50 years earlier when he first saw my mom, I knew I found her. Jen, on the other hand, didn’t really feel the earth move the same way I did…In all honesty Jen didn’t feel the earth move at all.

About one month later Jen took a job in Manhattan and she left Cleveland. After Jen moved I couldn’t stop thinking about her. Not only was Jennifer the most beautiful woman I had ever met, but she was full of life and had a way of making you feel like you were the only person who mattered. The following winter, while visiting Jen in New York, I was determined to share my feelings. Working up all of my courage, I turned into a 3rd grader and told Jen I had a crush on her. As I questioned whether or not I had just said this Jen’s eyes lit up and, in the sweetest, most beautiful voice, which I’ll always remember, she said, “I feel the same way.”

We started dating long distance and would talk on the phone for hours – it was carefree and exciting. We never ran out of things to talk about. When we were together it didn’t matter what we were doing, it was always fun. I was so crazy about Jen.

After 6 months the distance became too much so I moved to New York. On the night I arrived in town Jen and I celebrated by having dinner at one of our favorite Italian restaurants, Frank. After dinner I got down on one knee and proposed to Jennifer. Ever the poet, Jen yelled, “Shut up!!” So, there I was on one knee, after selling almost everything I owned, except for a few cameras, some clothes, and of course, my cats, and I was thinking, “Ok, shut up can mean a lot of things?” Then Jen grabbed the ring and I could breathe again.

The following fall Jen and I were married in Central Park. When I saw Jen walking down the path I couldn’t hold back my tears. I had never been so happy in my life and I couldn’t believe that this beautiful, kind, and strong woman loved me the same way that I loved her. That night we shared our first dance together as husband and wife, serenaded by my dad on his accordion to “I’m in The Mood for Love.”

I married the girl of my dreams. Life was perfect.

I’ll never forget the sound of Jennifer’s voice coming through the phone, just 5 months later, as she told me she had breast cancer. I was numb immediately. I’m still numb.

Suddenly and without warning we were thrown head first into the world of cancer. We were adapting to changes, often daily, that offered no road map, played by no rules, and had no sympathy.

As our life became more complicated our focus became simple – Survive. Everything that wasn’t necessary had to go.

Just after our one year anniversary our oncologist told us Jennifer was cancer free and we attempted to put our life back together. This was a challenge. We felt so different from most everyone else in our life and everything we thought we knew or believed in had been turned upside down.

But we had each other and with every challenge our love grew stronger. The little things that used to upset us no longer carried any weight. Making each other smile, picking each other up when we fell, letting the people in our life know how much we loved them…these things mattered.

In April of 2010 our biggest fear became our reality. A scan revealed that Jen’s cancer had metastasized to her liver and bone. Jen started receiving treatment immediately. After a few months we noticed that many people didn’t understand how serious Jen’s illness had become and we felt our support group fading away. Our life was a maze filled with Dr. appointments, medical procedures, medications, and side-effects. 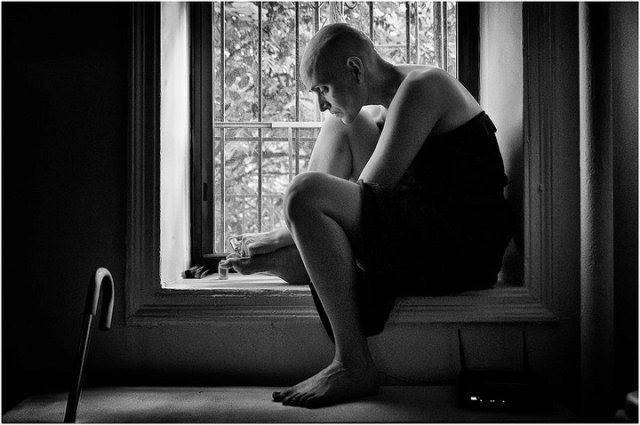 The thought that I might be a widower before I was forty felt like someone was kicking me in my gut. Over and over and over. We didn’t expect anyone to have the answers; we just needed our family and friends to be there. Something as simple as sending a text message saying “I love you,” or dropping off dinner after we had spent all day in the hospital, these things were incredibly helpful.

Our words were failing as we struggled to make known that we needed help so I turned to the only other form of communication I know – my camera. I began to photograph our day to day life. Our hope was that if our family and friends saw what we were facing every day then maybe they would have a better understanding of the challenges in our life.

There were no thoughts of making a book or having exhibitions, these photographs were born and made out of necessity.

A close friend suggested that I post our story on the Internet and with Jen’s permission I shared some of our photographs. The response was incredible. We began to receive emails from all over the world. Some of these emails came from women who had breast cancer. They were inspired by Jennifer’s grace and courage. 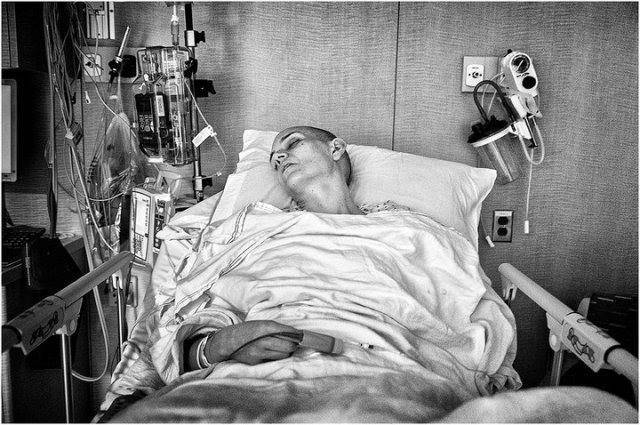 One woman shared that, because of Jen, she confronted her fears and scheduled a mammogram. That’s when we knew our story could help others.

The most important thing that happened was that our family and friends rallied together to be by our side.

Our star didn’t shine long, but man did it shine bright.

By sharing our story, our love story, something beautiful has begun to grow out of something so horrible and unfair. If we don’t share our experiences how can we learn, grow and survive?Before going to sleep Jen and I used to ask each other what the best and worst part of the day was. Usually the best part was something like, “When you walked by me and ran your fingers through my hair,” or, “When we were at the hospital and you held my hand.” The day after we found out Jen’s liver was failing we came home with Hospice Care and spent the evening with family and friends.

That night, as we lay next to each other for possibly the last time, I asked Jen what she loved the most about that day. Jen thought for a minute then turned and, looking deeper into my eyes than ever before, Jen said, “I Loved it all.”

“Love every morsel of the people in your life.” – Jennifer Merendino.

Angelo Merendino started The Love You Share, a non-profit organization in honor of Jennifer’s legacy called  It’s mission is to provide financial assistance to cancer patients in need while they are receiving treatment for breast cancer. For more information, visit www.mywifesfightwithbreastcancer.com.