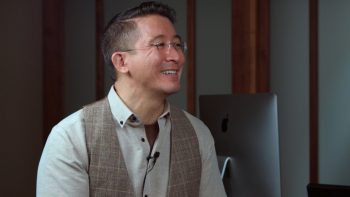 Christopher Yuan was born in the United States but never felt he was equivalent to his classmates. Son of Chinese immigrants, he was picked on by other kids.

“Kids are always cruel, and they pick on kids for being different. I was shorter. I wore glasses, so I was ‘four eyes,’” Christopher recalls. “I was picked on, because I was maybe a little more effeminate [and] I was more artistic.”

When he was nine years old, Christopher saw pornography at a friend’s house. That’s when he started thinking maybe he was different.

“Those images just awoke something in me that I didn’t know was there,” he says. “But, I also noticed that I was attracted to the images of both the men and the women.” Christopher became a promiscuous homosexual and ended up doing the unthinkable.

After encountering Jesus Christ at his lowest point, Christopher no longer defines himself by his sexuality. He says, “My identity as a child in God must be in Jesus Christ alone. I read passages in Scripture, which told me, ‘Be holy, for I am holy.’ I had always thought that the opposite of homosexuality was heterosexuality, but I realized that the opposite of homosexuality is holiness. God was telling me, ‘Don’t focus upon feelings. Don’t focus upon your sexuality, but focus upon living a life of holiness and living a life of purity.’

In the video below, Christopher shares his inspiring testimony.