A Biblical Response To A Fiery Election

The 2020 election season has been one for the record books. Record voters, as well as record insults. Regardless if you are for the elephant or the donkey there are some Biblical reminders we need to focus on as children of the Lamb.

What does the Bible say about you and I, as citizens, living in this world structure? How can we have a positive impact in our society as a participating citizen?

“When the righteous thrive, the people rejoice; when the wicked rule, the people groan.” Proverbs 29:2 (NASB)

“Jehu the son of Hanani the seer went out to meet him and said to King Jehoshaphat, ‘Should you help the wicked and love those who hate the Lord, and by doing so bring wrath on yourself from the Lord?’” 2 Chronicles 19:2 (NASB)

“‘He who rules over mankind righteously, who rules in the fear of God, is like the light of the morning when the sun rises, A morning without clouds, when the fresh grass springs out of the earth from sunshine after rain.’” 2 Samuel 23:3-4 (NASB)

As believers we not only should we vote from a biblical perspective, but we have a moral obligation to do so. We have to live by the governance and laws our governmental leaders put in place, therefore shouldn’t we as believers want laws enacted that hold a Biblical worldview? God’s word tells us by allowing the wicked to rule over us it brings wrath on ourselves and our family. We, as believers, need to do everything in our power to bring about righteousness in our city, states, and nation.

While many people may agree with my statement, they look at our current and recent elections and say there is no God-fearing man or woman to place into office! How is it possible to bring about Biblical change in our land? There are several examples in the Bible where God used ungodly people to bring about His plan and His purpose. One such man was King Cyrus of Persia, modern day Iran. Ezra 1:1 teaches, “Now in the first year of Cyrus king of Persia, in order to fulfill the word of the Lord by the mouth of Jeremiah, the Lord stirred up the spirit of Cyrus king of Persia.” This clearly tells us everything King Cyrus did for the children of Israel was because God moved him to do so. In case you don’t know the story, King Cyrus opened up his treasury and handed enough money over to the Israelites to return to Jerusalem and rebuild the temple which had been destroyed by Babylonian King Nebuchadnezzar. Not only did he provide finances but allowed almost 50,000 Israelites to return to rebuild the temple. King Cyrus also returned the temple vessels that Nebuchadnezzar had taken from the temple almost 70 years before.

“The king’s heart is like channels of water in the hand of the Lord; He turns it wherever He pleases.” Proverbs 21:1 (NASB)

When there is not a clear choice, we can know God is in Control and He has a plan. In America we can look at the platform of the party and see whose platform is aligning with God’s values and standard for our lives. At this point, we must trust God in His Sovereignty for our country. We must also pray for God to raise up godly men and women for future leadership. This is not only for President, and Congresspersons, our local leadership is where righteous leadership should begin. We can have critical impact to our day to day lives in local leadership.

Finally, when all the ballots have been cast what happens? How is a Christian suppose to respond? What can we know?

“It is He who changes the times and the periods; He removes kings and appoints kings; He gives wisdom to wise men, and knowledge to people of understanding.” Daniel 2:21 (NASB)

Therefore, regardless of who is in the White House, God the Creator of the Universe placed him or her in this position for a variety of reasons. We automatically want to run to a default conclusion this person is God’s righteous choice but that is not always the case.

“He sent them (King Nebuchadnezzar and the Chaldeans) against Judah to destroy it, in accordance with the word of the Lord which He had spoken through His servants the prophets.  It indeed came upon Judah at the command of the Lord, to remove them from His sight due to the sins of Manasseh, in accordance with everything that he had done,  and also for the innocent blood which he shed, for he filled Jerusalem with innocent blood; and the Lord was unwilling to forgive.” 2 Kings 24:2-4 (NASB)

King Nebuchadnezzar was sent to remove the kingship from children of Israel because of their wickedness. Specifically, the sins of Manasseh, and in case you are not familiar with what sin is being referred to it was killing children on the altar of Moloch. Even his own child. Israel had chased after other gods for hundreds of years. God keep sending prophets for them to repent, when they refused, God sent judgment. If God would do this to His chosen people, then how much more would He judge an nation today?

As we look for answers, one might discern, is God wanting to bless us with the President that will take office in January 2021 or will we receive the judgment of the Lord?

“First of all, then, I urge that requests, prayers, intercession, and thanksgiving be made in behalf of all people, for kings and all who are in authority, so that we may lead a tranquil and quiet life in all godliness and dignity.  This is good and acceptable in the sight of God our Savior, who wants all people to be saved and to come to the knowledge of the truth.” 1 Timothy 2:1-4 (NASB)

“This is what the Lord of armies, the God of Israel, says to all the exiles whom I have sent into exile from Jerusalem to Babylon: ‘Build houses and live in them; and plant gardens and eat their produce.  Take wives and father sons and daughters, and take wives for your sons and give your daughters to husbands, so that they may give birth to sons and daughters; and grow in numbers there and do not decrease.  Seek the prosperity of the city where I have sent you into exile, and pray to the Lord in its behalf; for in its prosperity will be your prosperity.’” Jeremiah 29:4-7 (NASB)

When King Nebuchadnezzar took the exile back to Babylon. God instructed them to live their lives, marry, and finally to seek the prosperity of the city! Why because if Babylon was prosperous then they would be too. I have never understood someone who said, “I want our President to fail.” What they are saying is I want our country to fail, I want my city to fail, and yes, I want my family to fail. Regardless who is the leader of our country we must pray for them, pray for their salvation and pray for a prosperous nation. 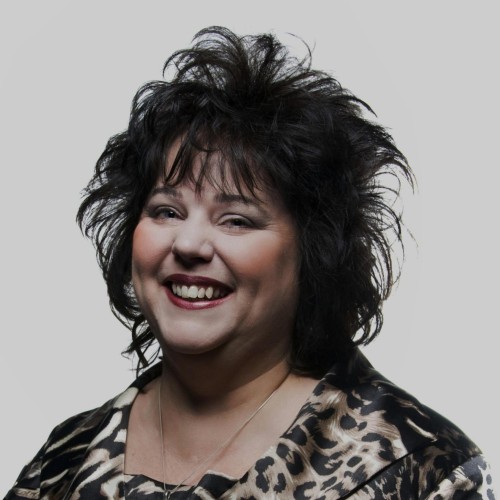 Marta Greenman
Marta is the Founder of Words of Grace & Truth. Her journey as a disciple of Jesus has lead her on many great adventures. From the prisons in America to over fifteen nations.