9/11 Survivor Sujo John remembers his ordeal on that day 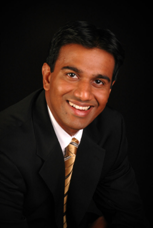 [dropcap]T[/dropcap]he life of 9/11 survivor Sujo John as of today is full of trips to one mission field or the other sharing his testimony and assuring people of the goodness of the God he serves. God has used his ministry to impact hundreds of thousands of people in North America, South America, Europe, Asia and Africa. To date they have had successful crusades and evangelistic events in United States, Canada, Singapore, India, United Arab Emirates, Finland, Norway, Sweden, France, Switzerland, Ireland, England, Romania, Philippines, Peru and Ghana.

When in January 2001, John and his wife Mary, traveled from Calcutta, India, to begin a new life in the United States of America with $50.00 and two suitcases with books and clothes, they had no idea what was in store for them; man proposes but God has a unique way of disposing.

Like most immigrants, they were looking forward to a very rewarding life surrounded with the fine things that follow when money comes into the picture. Four weeks later, Sujo and Mary got jobs in the Information Technology field as Consultants and coincidentally their jobs were in the World Trade Center.

John was born and raised in a city of 18 million people called Calcutta in India. Though fortunate to be born in a middle class family, he blessed to have a grandmother that instilled spiritual values at an early age. He saw so much suffering around him and never failed to express gratitude to God for providing for him and his family. Things seemed to be fine with him till he lost his younger sister to Leukemia in 1993. It was an experience he remembers as painful because he could not believe God could cause him and his family so much pain. Rebellion and anger towards God began brewing inside him from this point. When at 15, he encountered an American missionary who prayed and prophesied into his life that he will impact millions someday he wondered how that will be.

“At about 8:45 am on the morning of September 11, 2001, I had just faxed out some documents and was returning to my desk and heard this tremendous explosion. Our building shook and tilted. People screamed throughout our floor. Although we had no idea of what had happened, what had happened was that the American Airlines Flight 11 bound from Boston to Los Angeles, with a full tank of fuel had hit the floors directly above us. Soon debris from the aircraft flew into our office and everything started going up in flames. Everyone, however, remained calm and we started making our way to the stairway. There was a huge crater in our floor and we could see almost 10 floors below and above us. That moment my heart sank, as I had no idea whether the plane had hit our tower or the one my wife was working in. I thought to myself that she would have been entering the second tower at that moment. I just could not help but think of the fact that she was four months pregnant then with our son.

We were all being evacuated through the stairway. My cell phone was not working so I had no way of reaching my wife. After I had gone down about thirty flights, I entered an office on the 53rd floor and tried to make some calls. However, the only number I could reach was my cousin’s wife who lived in Queens. I told her I was fine and that I was going down the stairwell. By this time, I was extremely worried about my wife, and continued running down the stairwells. While we were descending, there were hundreds of fire fighters and police officers passing by us on the way up to rescue people who were trapped. These brave men never made it home. As we were led down I saw an unbelievable sight as I looked out into the courtyard. It was a picture of death, complete destruction. Fuselage of the plane that had crashed, burning material, shattered glass and bodies all over the courtyard. It seemed a war zone.

I saw people being led through different exits of the World Trade Center. I decided to walk towards Tower 2 hoping that there might be chance that I might see my wife there if she had not made it to her floors. As I reached closer to this building I hear a loud explosion, the whole building collapsing. All 110 stories of the second tower of the World Trade Center collapsed upon us standing near the foot of the building. Huge boulders and steel and mortar were tumbling down around us. We huddled at one end of the building and I started praying for the blood of Jesus and asking God to give His strength. As I stared death as its face I started having this peace about this place called heaven. I told the people around me that all of us were going to die and if there was anyone who did not yet know Christ that they should call upon His name. At that point, everyone around me started crying: “Jesus!” There is so much power in the name of Jesus.

When you are near death, you are very ready to accept Jesus into your life. By then, the whole building had collapses and we were in the debris.

Not a single boulder or any material fell on me. I found myself in three feet of white soot. I got to my feet and was surrounded by silence. I could see dead bodies all around me. God directed me to a man on the ground that had a flashlight on him. I told him that only Jesus could save us and that we had to live. When the man had stood up, I saw that the jacket he was wearing had “FBI” written on it. We held hands and started walking through the rubble. It was like a blizzard, one caused by all the concrete and ash that had been stirred up into the atmosphere.

The Holy Spirit then showed me a light flashing on top of an ambulance, so I told the man from the FBI that we had to head to that flashing light, since the ambulance was on the street. We somehow made it to the ambulance, which had been badly hit by flying debris. But still God kept the flashing light on top of the ambulance working to show me the way. From that point, it was relatively easy for us to make our way out. Nevertheless, I was gripped by the thought that my wife who was in the other World Trade Center tower might be dead. All kinds of images went through my mind.

Crowds started running from all over downtown to safer places far away from the skyscrapers. We ran and walked for an hour, and throughout the whole time my cell phone failed to work. Finally, at noon my cell phone rang. It was my wife, telling me that she was alive. When she heard my voice, she realized that I too had made it through. She had not made it to work, since her train had reached the World Trade Center subway stop five minutes after the first crash and so had not made it into the buildings. She had been hysterical on the streets, thinking I was dead and seeing people jumping out of the buildings. Nevertheless, both of us were, miraculously, alive. My wife reached 39th Street in Manhattan near the Ferry and somehow I reached there. We looked back and could see both our buildings now only a pile of smoking rubble and ashes.

It is impossible to explain the sense of relief that flowed through us when we saw each other. Both of us had been so close to believing that we would never see each other again. When the explosion took place and the building was crumbling around me, images of my wife, parents, grandmother, and other loved ones flashed through my mind. The relief that we were alive was almost more than I could bear. This story of ours is almost too good to be true. In spite of 110 floors of one of the tallest buildings in the world falling around me, I had not one single scratch on my body. For me this is proof that not only is God good, but that He knows the number of every single hair on our head. God never sleeps or dozes. This event proved to me that He is coming soon and that it is fundamentally important that we live every day as if He will be coming that very day. I am reminded however that thousands died on this fateful day. We will all have to go one day. It was not our time to go that day. It is appointed for all men to die once. We are here to challenge the world with the question “Do You Know Where You Are Going?”

Today, John has seen the manifestation of the prophecy the American missionary gave him when he was a teenager. As soon as word spread about their survival, worldwide media took interest in their story and before they knew it, John had appeared on BBC, The 700 Club, Billy Graham Special, TBN, Associated Press, CBC, The New York Times, The Times- London, The National Post and countless other publications around the world. As a result, speaking interests poured in from all over the world and the ministry has been to 400 cities worldwide.