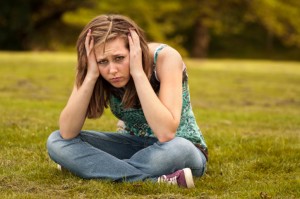 In today’s society, the average teenager finds themselves drowning within a sea of uncertainty. With things such as the internet, the media, and personal influences, a teenager can often find themselves having a hard time finding something to truly believe in, yet alone  something to stand for. There are many things that can cause a teenager to loose their direction; many distractions that can cause disarray, manipulation, or even destruction.

One of these teens, a Carrolton resident by the name of Alex Wallace, sat down with me to talk about her journey through life, and of the struggles she experienced while growing up. “It was pretty bad,” she explained while talking of the relationships at home, “My mom and I didn’t get along whatsoever, and I always kind of felt that I was in the way for her. Some days she would just worship me, and others she wouldn’t want me around.”  As a result of the rollercoaster of emotions, Alex began to form trust issues with not only herself, but with authority. By the time she was eight years old, her parents had divorced, and Alex wanted nothing more than to live with her dad, but he refused; saying she needed a mother figure. “I was so mad,” Alex remembers, “My dad moved away, giving my mom everything, including me. I understood why he said I needed a mother figure, but I did feel betrayed.””

By the time Alex reached middle school, the internal difficulties she had faced began to bear their fruits. Not only had the troubles at home increased, but Alex began searching for ways to numb the pain. “I had very low self esteem,” she explained, “and I didn’t have many friends at school. My sister was growing up, my mom was always yelling, and I was so sick of the yelling that one day that I went into my closet and began experimenting with inhalants.” However, her search didn’t end in the closet, but instead found its way leading to an opportunity to gain money in exchange for illegal drugs. Alex took the chance and acquired the job title of drug dealer.

As she grew older, Alex went from a disgruntled child to a full blown addict. Her behavior at school went from bad to worse, and the atmosphere at home wasn’t much better either. “I was always getting into trouble at school, I wasn’t living at home, and I eventually found myself set up by an old friend; a setup that could’ve had some real consequences for me.”

As her world became unmanageable, family members and loved ones intervened on Alex’s life. After being sent to a rehabilitation center in Utah, Nevada, Alex found herself alone in the Utah desert forced to look at her life, and the decisions that had brought her to that point. “I was sitting alone on this rock,” she remembered, “when I realized that I didn’t even know who I was. I spent so much of my life conforming to what others wanted that I had lost track of who I was. I broke down but, with help, was able to piece back together what I had lost.”

Now, with two years sober, Alex Wallace is looking forward to attending college in the fall with plans of majoring in psychology with a minor in business. Her life experiences have inspired her to be more than just a survivor, but instead a helping hand. “I’m doing what the NA/AA philosophy says,” Alex commented, “give back what’s been freely given to you. I believe the best way to help a drug addict is by sharing your own experience, strength, and hope.”