10 Reasons Why Cohabitation Is Wrong 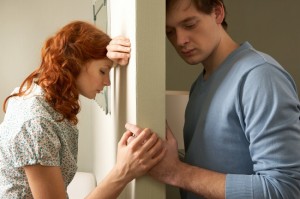 It doesn’t matter what fancy name you use to describe it, it’s still wrong. Some call it a trial marriage. Some call it shacking up. Some call it live-in. Some call it cohabitation. Let’s examine top ten reasons why living together before you are married is morally unacceptable.
#1: Cohabitation is wrong because it puts the cart before the horse.
Cohabitation gives you the benefits of marriage without the commitment of marriage.

You live together, eat together, and sleep together before making the life-long covenant of marriage. It’s like eating desert before the main course- its sweet but it won’t fill your tummy.

That’s why many illegal couples always say, “I feel that there is something missing in this relationship.” What’s missing is marriage my friend.

#2: Cohabitation is wrong because it’s a time-waster.

Imagine living with someone for years and then the next second it’s all over just like that.

That’s the scenario that is played out in the lives of people who have live-in boyfriends and girlfriends. What a sheer waste of time; all those precious years gone for nothing.

Time is not a renewable product. Once it’s gone, it’s gone forever.

#3: Cohabitation is wrong because it’s an arrangement between two cowards.

Ask anybody who is cohabiting and they will tell you that they love their partner so much.

If you then proceed to the next question, “Then why don’t you get married since you love each other so much?” they will either mumble, give you flimsy reasons, or change the topic.

It takes courage to commit to marriage.

So by cohabiting, you are announcing to the whole world that you are a coward who is afraid of cementing the relationship with marriage.

#4: Cohabitation is wrong because it hurts innocent children.

Thousands of clueless children are being sacrificed on the altar of a selective convenience called living together out of wedlock.

To begin with, research has shown that children from cohabiting families have more social ills than kids from married homes.

For example, they have low self esteem and are more likely to be abused than those from married homes. They are also more prone to violence. In addition, they are likely to be bad parents.

When their parents separate or divorce (which they are bound to do according to statistics) kids are hurt beyond words.

#5: Cohabitation is wrong because it breaks hearts.

Shacking up is a one-way street to emotional hurts. Here are a few common wails from people who have been wounded by a live-in relationship gone wrong:

“I thought he or she loved me.”

“My heart is bleeding.”

If you want heart-break to be your portion, just have a live-in boyfriend or girlfriend.

#6: Cohabitation is wrong because it has no security.

Since cohabitation is an arrangement made between two lovers, it has no security.

You can be abused physically or emotionally and have no one to turn to for help and support. Your illicit lover can walk out of your life any time and there is absolutely nothing you can do about it.

#7: Cohabitation is wrong because it is based on emotions.

“I’m leaving him or her because I no longer have feelings for him or her.”

“The fire has died down, so I’m leaving.”

“We are not compatible.”

These are some of the statements uttered by people walking out of a cohabitation contract.

Any relationship based on feelings is bound to fail.

Live-in relationships can be very volatile because there is no stabilizing bar of commitment. Marriage should be the starting point of such commitment.

#8: Cohabitation is wrong because it can lead to loss of property.

Fights over property are very common when a trial marriage goes bust.

In these messy fights you may end up conceding defeat just so that you move on with your life but knowing that you’ve been cheated of an item that you bought. You lose valuable property in the process.

The quickest way to lose hard-earned property is to get involved in a trial marriage.

#9: Cohabitation is wrong because it’s a sign of disrespect.

By just grabbing someone’s daughter or son and living with them without their family’s knowledge or consent, you are showing that you are irresponsible.

Somebody reared that man or woman of yours.

And here you are just benefiting from their sacrifice without introducing yourself to the family or saying “Thank you.”

#10: Cohabitation is wrong because it’s a sin.

Above all cohabitation is a sin. It’s a multi-dimensional sin that affects many people.

It’s a sin against God Almighty who says clearly in His word that sex should be reserved for marriage.

It’s a sin against the family whose daughter or son you are living with.

It’s a sin against someone’s wife or husband since the majority of people who cohabit don’t get married to each other.

Don’t kill your appetite for marriage, hurt yourself, destroy children’s lives, and destabilize the community by cohabiting.

Pastor QT is a published author, copywriter and speaker. His sincerity, wit and candid style have endeared him to many hearts. His book DELIVERANCE UNPACKED has been warmly received globally. He conducts spicy marriage and singles seminars with his feisty wife Bonani.